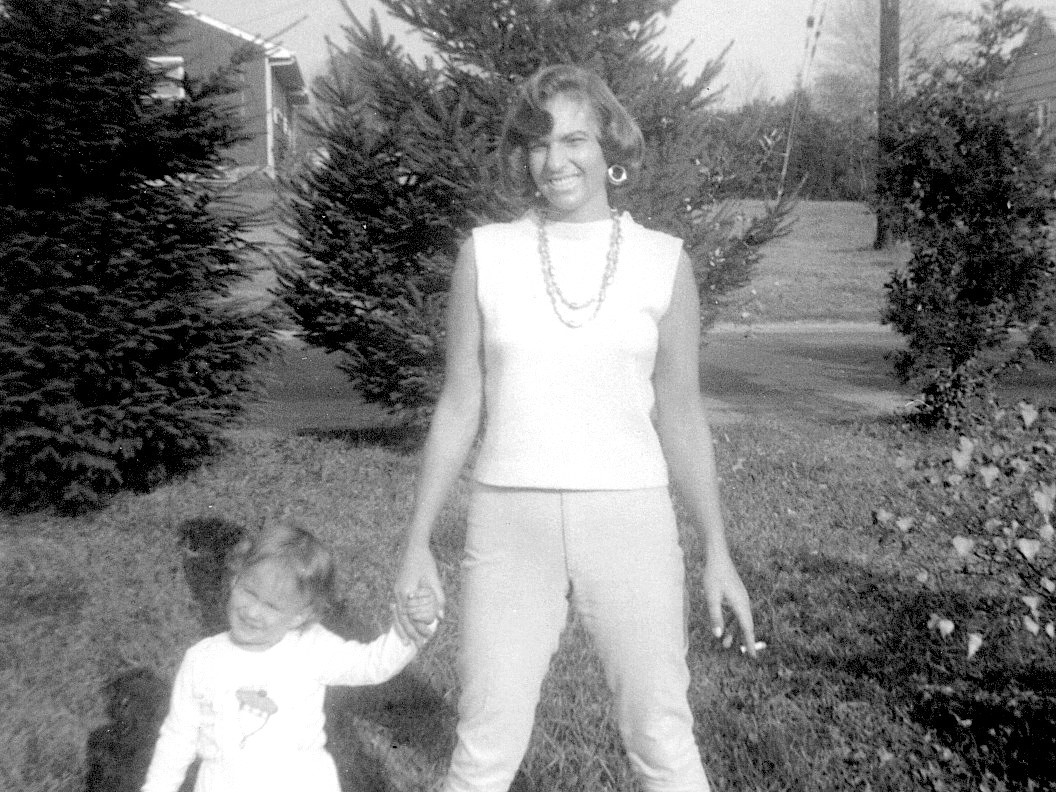 Multi-instrumentalist Eliot Lewis was Born to Rock. Currently on tour with Hall and Oates plus solo gigs in between, the busy rock star takes five to chat on life at mom’s house and her influence on his career. 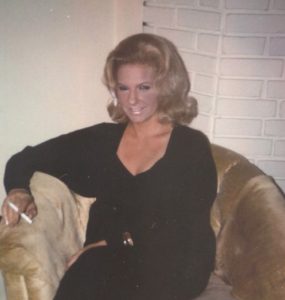 Born to rock, Eliot Lewis chats about growing up in his mom’s house.*

Best known as the keyboardist in Hall and Oates band (2003-present); the original featured musician on MTV’s Live From Daryl’s House and former band member of Average White Band (1989-2002), Eliot Lewis attributes his passion for music and life to his mother and the loving family life she created.

Born to rock, here’s the inside scoop from Eliot Lewis on growing up in mom’s house — his profound memories and love for his mother; her influence on his childhood, musical direction and passion and drive.

Eliot Lewis: The Catalyst Behind his Success

The multi-instrumentalist; singer/songwriter; soloist and producer is first and foremost – a loving son.

Socially Sparked News: You credit your mother in helping shape your interest in music. Initial thoughts on your mother and her passing?

Eliot: Well, it all starts with our mothers doesn’t it? I was 41 when my mother passed. It was 2003. I had just left The Average White Band after touring for many years with them and needed a break to do other things. It was right at that point that my mom’s cancer came back. Like many of that generation, she was a heavy smoker.

Socially Sparked News: What impact did your mother’s passing have on shaping you as a person? And on your career path?

Eliot: The passing of any loved one will of course affect us. It was certainly a realization to make the absolute most of EVERY day. As hard as it was to go through the recurrence of my mother’s cancer, I was grateful I was around and with her through the whole ordeal.

“Eliot is a musician who can do it all, great singer, songwriter and guitarist. He rocks and he’s got soul. No one does it quite like him” – Daryl Hall

Socially Sparked News: Care to elaborate specifically on how your mother affected your life, your music and your song writing? 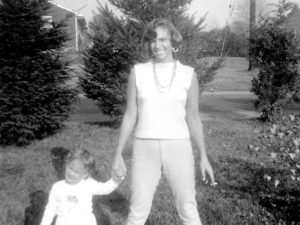 Eliot Lewis and his mother.*

Eliot: My mother was a very gentle soul. She definitely had a profound effect on my life in many ways. She was a classical pianist and piano teacher. My mom had a lovely soft voice and hardly ever raised it. I realized that, because of her I’m probably more comfortable around people that have a gentle nature as opposed to loud and hyper.

Socially Sparked News: What first inspired you to become interested in playing music? 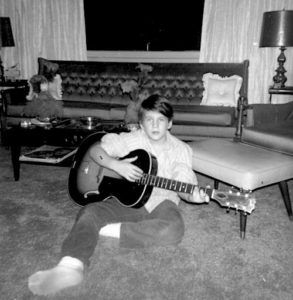 Eliot: Definitely a combination of my mother and my two older brothers who I love dearly and still am very close to. My oldest is a great blues guitar player and the middle brother is a massive music fan. Growing up, there was music playing 24 hours a day in our house. The 70’s were a truly great time for music. There was everything from blues, rock, folk and soul. And of course, the classical playing in my house by my mother.

Socially Sparked News: You credit your mother for shaping your musical path as a multi-instrumentalist. Can you elaborate?

Eliot: I truly believe I got my sense of musical discipline from my mother. She spent hours a day practicing a piece of music that would take anywhere from months to a year to learn and perfect. It seemed clear to me, if you want to achieve something – like mastering an instrument — you had to put in the time. There were no shortcuts. 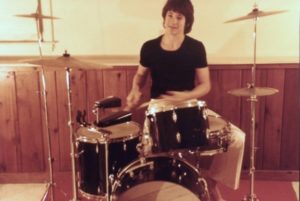 Eliot: The Drums. Really what happened is my parents bought my middle brother a cheap drum kit, which he gave up after a few days and I proceeded to take over. And there started my 40 plus year love affair and career in music.

Socially Sparked News: The music business is tough. Did your mom support your pursuit of music?

Eliot: Fortunately, she and my father supported me pursuing music and allowed me to bang away on my first drum kit for many hours a day — which couldn’t have been easy with the whole house shaking — LOL. Being the youngest of three, by the time I was 10, I think my parents completely ran out of discipline — so I was free to do whatever I wanted. Which of course helped me to immerse myself in music.

Socially Sparked News: In hindsight, what do you wish you could do differently, besides having your mom alive?

Eliot: I do know my mom was proud of what I achieved at the point she passed. As I get older, it becomes even clearer the challenges and struggles mothers face raising children. We don’t always agree on everything, as there are usually several generations between us. But, I think we should always try to see things from their perspective and of course love and respect them. 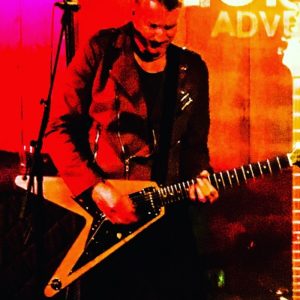 Eliot Live Shows. If you’re lucky, you can catch Eliot Live in your city.

Supported by his band mates, both Daryl Hall and John Oates appear in cameo performances on the Soundtrack Video of his new release, Adventure, as do the Bacon Brothers. The new CD features 10 original tracks as well as a remake of Bad Company’s “Ready For Love.” Adventure is available everywhere through Eliot’s label SRG/Universal or thru his website. One of the busiest musicians around, Eliot Lewis is currently on a 22-city tour with Hall and Oates. In between gigs, if you are lucky, you can catch him solo along the tour route performing his original music in an intimate setting. To find out if he will be in your city, visit his website: www.eliotlewis.com –Abbe is SociallySparked. @sosparkednews @asparks01

Here are just a few of the many upcoming Eliot Lewis Live Solo Shows:

This is the second in our Spotlight series on musicians and celebrities salutes to their mothers in honor of mother’s day. To read more from the series visit: sociallysparkednews.com 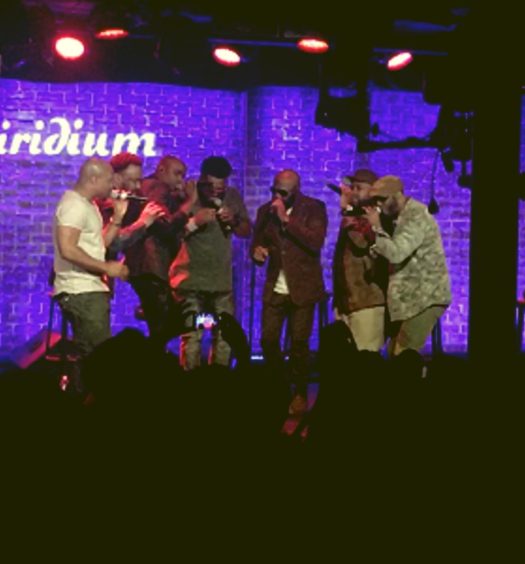 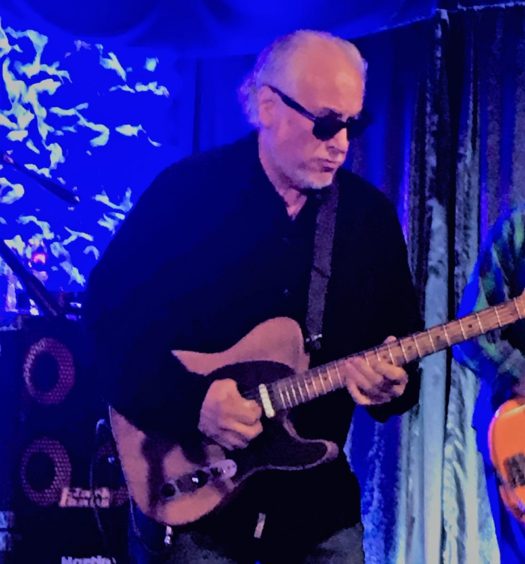 Down to the Roots Deep in Muddy Waters Part II