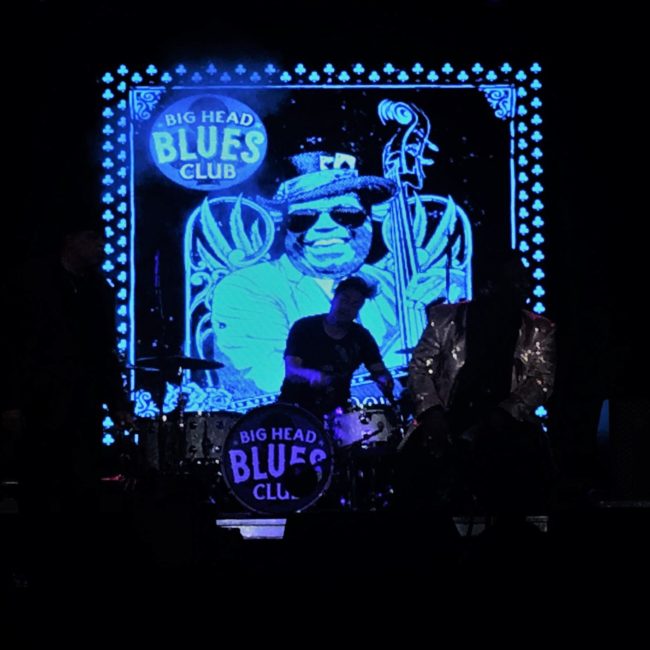 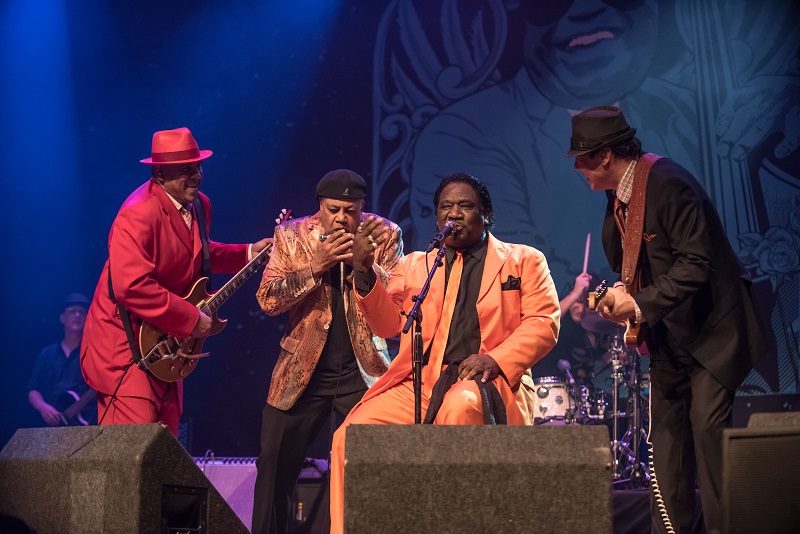 The original Hootchie Coochie Man of modern blues – Rock ‘n Roll hall of famer Mr. Willie Dixon lives on through his music, his foundation and through Big Head Blues Club: Way Down Inside: Songs of Willie Dixon – a tribute concert and edutainment show now on tour throughout the east coast. Paying homage to their mentor, friend and fellow musician are three second-generation blues royalty who join Big Head Todd and The Monsters for this tribute tour: Mud Morganfield (eldest son of Muddy Waters); Billy Branch (3 time Grammy-award nominee and Chicago harpist who played with Dixon in the Chicago All-Stars) and accomplished blues guitarist of international fame, Ronnie Baker Brooks (son of blues master Lonnie Brooks).

“The blues is the fruit of all music throughout the world. Without the Blues, there would be no blues, no rock n’ roll…” – Willie Dixon 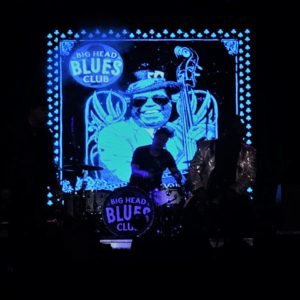 Dixon’s prolific, deep and powerful songs (500 in total) including the famed Hootchie Coochie Man – have socially sparked countless musicians and bands across multiple music genres; not to mention fans and music lovers around the globe. He is one of the most influential songwriters of modern blues and early rock ‘n roll of all time.

Historically speaking, the influence of Dixon and Blues music is at the forefront of late as evidenced by the new Rolling Stones exhibit: Exhibitionism — which devotes a section to the importance the blues had on the band and its’ sound — and, by the Big Head Blues Club’s current Dixon 2016 Tribute Tour.

It’s exhilarating to see a whole new generation learn about the history of the music they love, not to mention existing fans and non-fans alike. Kudos to Big Head Todd for helping to keep the blues alive and bringing the legends and their music to the public. After all, today’s music wanna-be’s could very well be our next Willie Dixon. 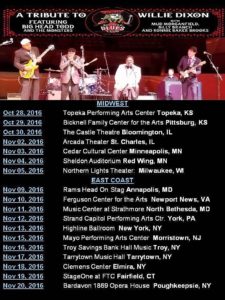 The Tour: Thirty-three US cities, hundreds of thousands of miles and, thousands of fans. Traveling up the east coast in their Blues Tour Bus, the last leg of the tour stopped in the New York Tri-State area at five NY area venues, a few stops in NJ and CT, too. Here’s a pictorial of the stops in New York City at Highline Ballroom, Sunday, November 13th and in Tarrytown, NY at Tarrytown Music Hall, Sunday, November 19th..  If you missed the Tour, the album: Way Down Inside is available on itunes 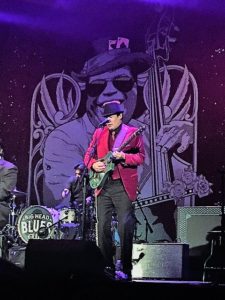 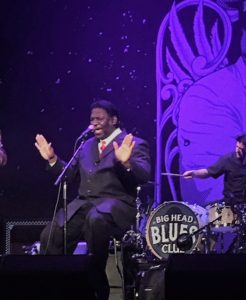 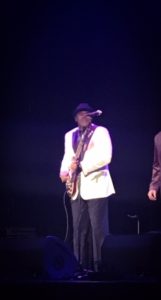 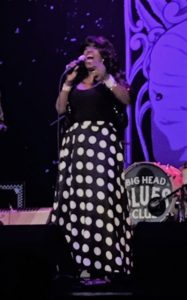 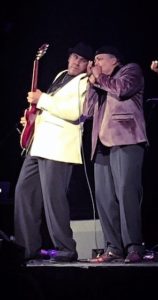 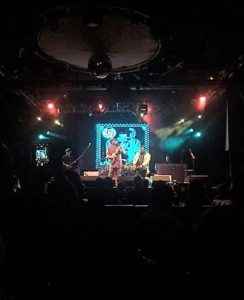 Big Head Todd and the Monsters are best known as a rock ‘n roll band (platinum-selling record Sister Sweetly and hit song “Bittersweet”), but have also been fans of blues music since their first days together playing music in high school. In 2011, the band really began highlighting the blues with their first Big Head Blues Club album: 100 years of Robert Johnson, which featured special guest appearances by BB King, Hubert Sumlin, Charlie Musselwhite, Honeyboy Edwards, and more. That album led to a limited number of tour dates under the Big Head Blues Club banner. The Songs of Willie Dixon tribute is the second true undertaking focusing on the blues by the band. Let’s hope they continue this path. After this 2016 Tour, I’m sure they are leaving fans wanting more!

Willie Dixon died in 1992 at the age of 76. He was considered by many to be the “poet laureate of the blues.” His songs include such infamous hits as “You Shook Me”, “You Can’t Judge a Book by the Cover”, “Wang Dang Doodle”, “Spoonful”, “Little Red Rooster,” “I Just Wanna Make Love to You,” “Hoochie Coochie Man,” and “Bring It On Home.” In addition to songwriting, Dixon was also an accomplished bass player and singer. He signed with Chicago’s Chess Records and, along with Muddy Waters and Howlin’ Wolf, became a key architect of the modern Chicago Blues sound. – Abbe is Socially Sparked! @sosparkednews

*In Memoriam: After filing this post, news of the passing of Willie Dixon’s wife and matriarch of the Dixon Family, Marie Dixon came my way.  Hearts are heavy for the Dixon family and friends. She now joins her husband, Willie Dixon in Blues Heaven and we can take comfort in that they are making beautiful music together once again. R.I.P. Marie Dixon. 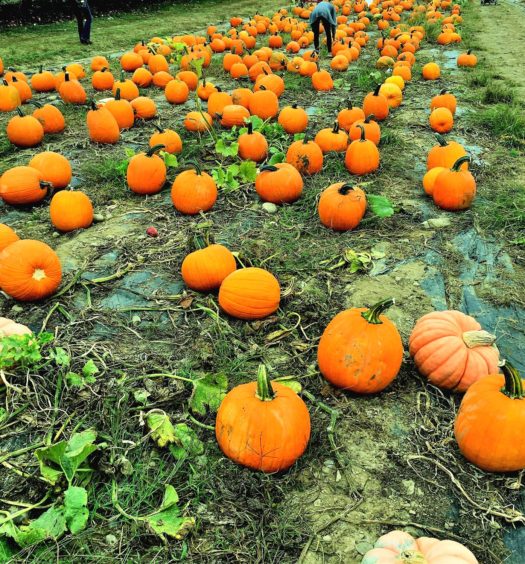 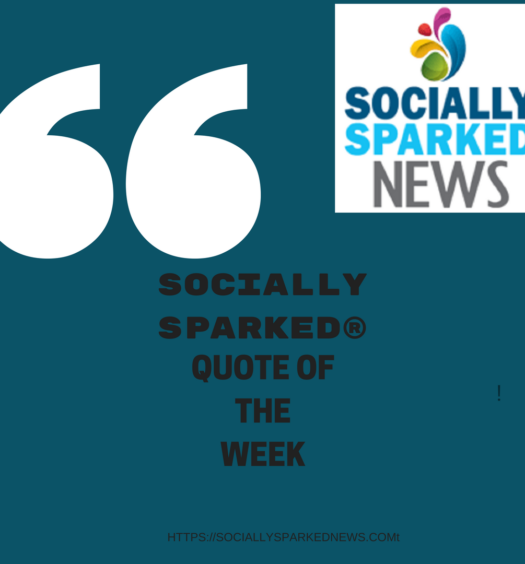 4 years ago
Pop CultureSo Sparked Quote of the Week

Courage by Helen Keller: Socially Sparked Quote of the Week