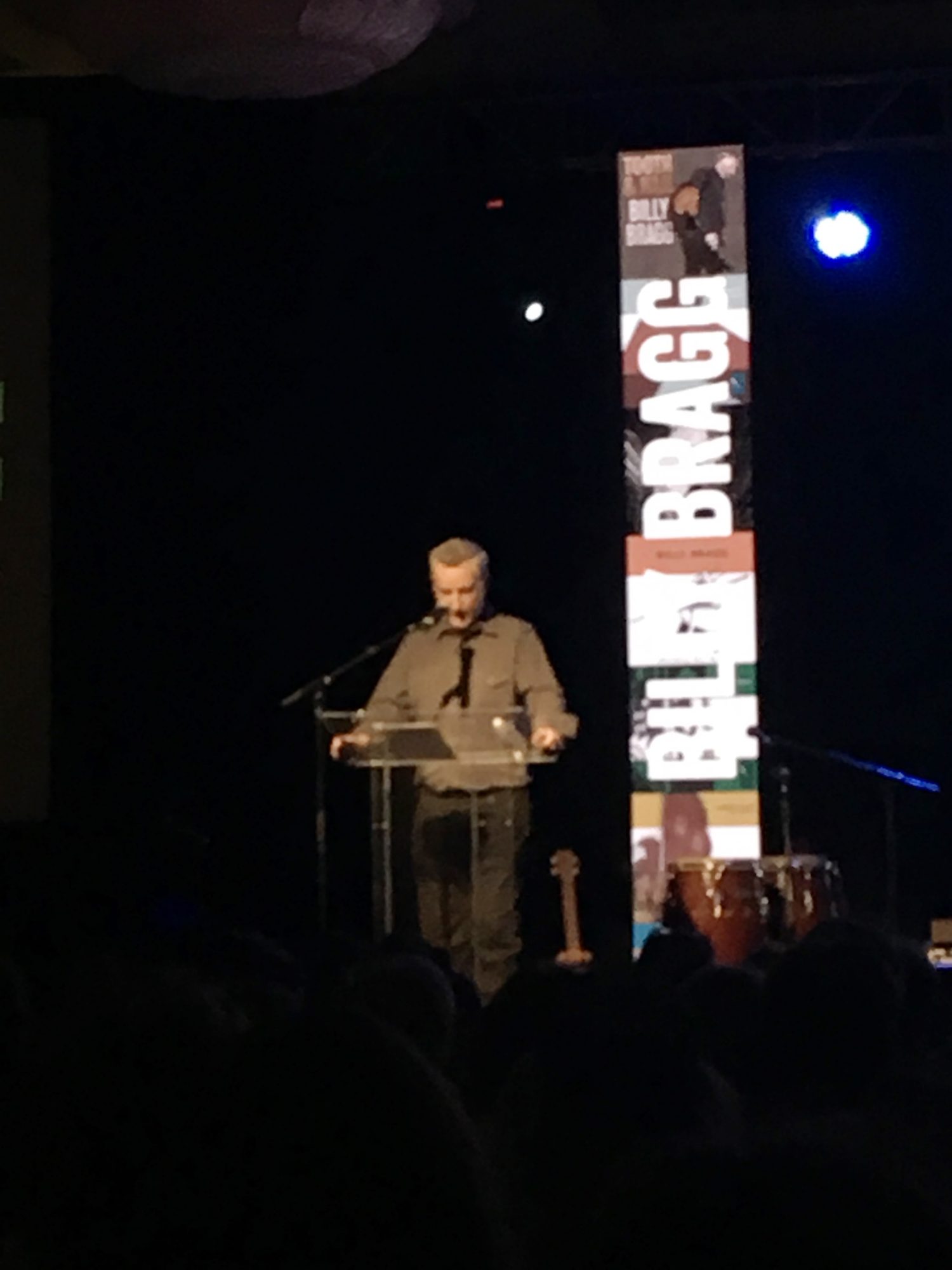 Empathy plus action equals solidarity is the Socially Sparked quote of the week.

Activism is the word of the Day. 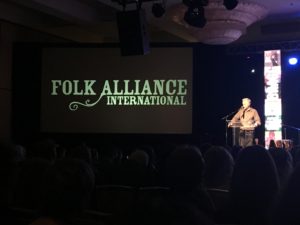 In the spirit of folk music, activism and social justice, there is no one better than the legendary Billy Bragg to ignite action for change.

This week is The annual Folk Alliance Conference with a 2017 theme of Activism in Art. The colors of their hair may be 50 shades of gray now, but that has not stopped our world’s music leaders and old-time musicians from attending this year’s conference in droves. Add the many talented younger musicians and everyone in between, and you have a movement in the making of beautiful music.

An echoing undercurrent througout the week is that the time is now to re-activiate the songs of old; replace some of the old lyrics with your own, and/or create new lyrical messaging. The latter aimed specifically to millenials and gen zers in attendance.

Speaking to a packed ballroom filled with folk, blues, bluegrass and alternative musicians, lyricists, agents, presenters and more, Bragg cautions that we have to fight against our own cynicism. “A cynic is someone who has given up,” says Bragg.

Throughout the Folk Alliance Conference, pocket books of the United States Constitution were handed out to attendees. Citing the Constitution and what it stands for Bragg urges the crowd to “use the words.”

“Music can’t change the world. The audience is the only people who can.” Music is the motivator.

He also reminded the audience of musicians and change makers that music is the empowering force to make your statements. And, that “nobody came to Kansas City to read your tweets,” referring to technology and social media and how easy it is to put out your rants in that medium.

And, kick ass, he did! — Abbe is Socially Sparked. @sosparkednews 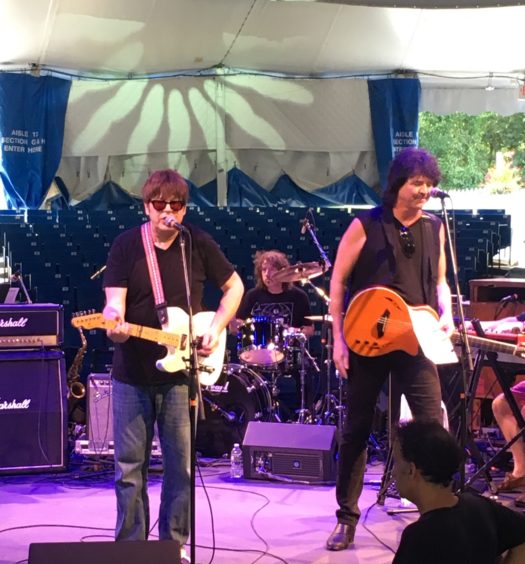 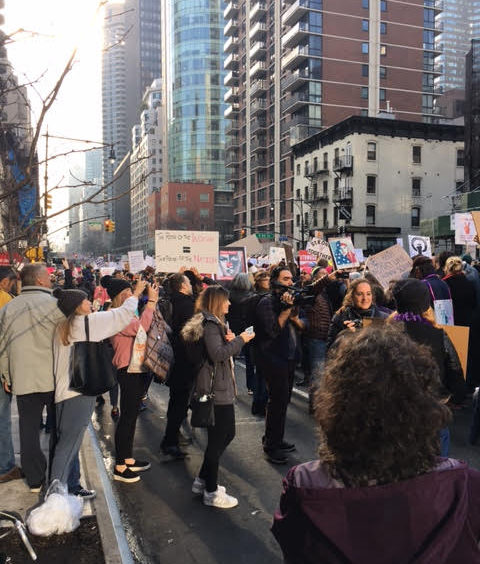