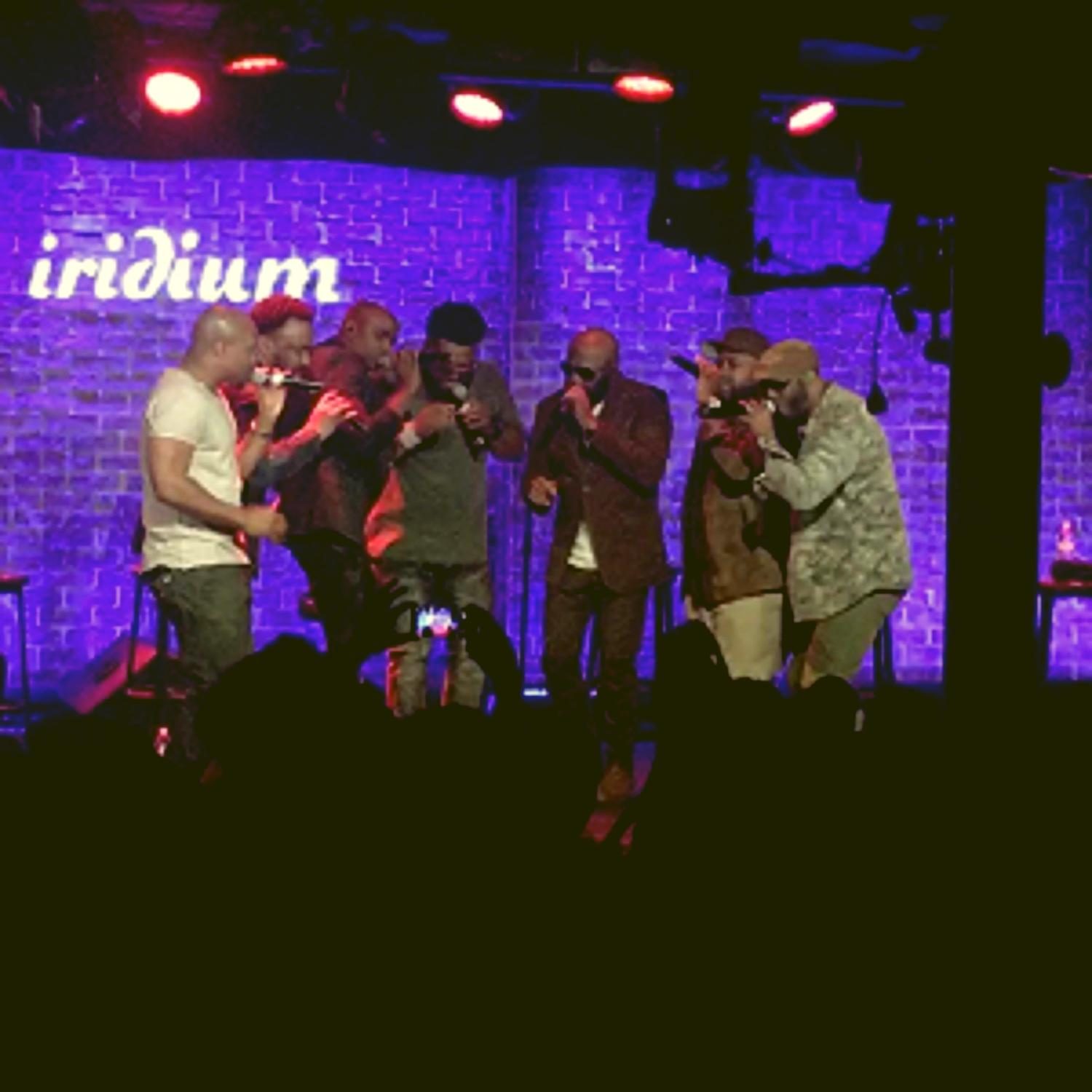 Roger Thomas sets it straight – when you break down his Vocal Play Group -– Naturally 7 — it’s simply voicing what comes naturally. The Musical Director and MC recently took five from his American Tour to share his thoughts on all things Roger Thomas, family, Naturally 7, music and social change.

New York native Roger Thomas has many roots but his deepest is firmly seeded in family, which includes the musical group he began in 1999 with his brother and bandmate, Warren along with five others.

IT'S A FAMILY AFFAIR

Family is emphatically at the top of the charts for Roger. One of four siblings (bandmate Warren, Jonathon, Graham and Rachael), he and his wife Lynette are the proud parents to three children, daughters Jordan (16) and Kennedy (5) and son, Quincy (11). Add his musical family of seven to the mix and you wonder how he manages to find time for anything else.

What sets Roger Thomas and his Naturally 7 A Capella-esque vocal group apart from the rest is their uncanny ability to replicate instruments using only their voices with a stage presence that can be felt in every seat of the house. They call it Vocal Play. Passion for family and social and health issues are the cherries on the top.

Socially Sparked News: What is your secret to keeping it real when you have such a demanding travel schedule that takes you away from home and your family for long periods of time?

Roger: My six band mates are my extended family. It’s not just the talent and harmonies that bind us together. We are in unison as a family, too. If one of our kids reaches a milestone, the rest of us feel that emotion as if it was our own child’s accomplishment.

Socially Sparked News: You say you and Naturally 7 are in unison as a family. Can you elaborate?

Roger: We’re on the road literally 200 days a year. We’re together more than we are with our own family. We have endured marriages, crisis, births, first days of school, first child’s baby steps… we’re so close. We feel a certain empathy.

Socially Sparked News: Your middle child Quincy was diagnosed as being on the autism spectrum. It has been said that ‘every day is Autism Month, every day, every week.’ Do you agree?

Roger: When my son was diagnosed, somebody said

it will impact my life in ways that I would have never expected — that are positive! At that time, I had no idea. It’s years later – those words ring to me now – there’s so much closeness in our family. Every bit of progress that Quincy makes, every milestone – we celebrate that – it allows us to not take things for granted.

Socially Sparked News: When you are on the road so much, how do you cope with missing a milestone of any of your children?

Roger: When I was overseas 10 to 15 years ago, I couldn’t call home every day; couldn’t see my family. Technology has changed all that. Now, I can call home, skype, or whatever and literally feel like I’m sitting in my family room and not miss that little thing.

Socially Sparked News: Does your music get you through as well?

Roger: There’s a song of ours called “Caught in the Moment” which gets me through. I was inspired to write this because we realize we glorify things in the past, but don’t really think about it as deeply as we did then. We do that as human beings – don’t take the time to do it in the moment.

Socially Sparked News: The same can be said about social issues and music and social change. You and the guys recently played with music legends at Carnegie Hall in a tribute to the 60s. What was that like?

Roger: Remembering the power of the 60s – it was a beautiful thing. Oftentimes, music has been used over and over again to spark change. This was a time when – you can hear it in the lyrics crystal clear – singers and songwriters wanted to speak out.

Socially Sparked News: – Where does your spark come from?

Roger: Passion for and believing in what we do.

Socially Sparked News: Name one song or lyric of yours that best describes Naturally 7.

Roger: “We’re Gonna Break These Wall Down Tonight.” Its what we’re about on several levels. Even on our musical style – we want to break walls down, socially, spiritually. In every aspect – that’s what music should be for.

Socially Sparked News: You have a new album out, are currently on a US Tour and about to embark on a world tour. What’s next for you and Naturally7

Roger: We’d like to lend our voices for Autism, two of our seven have a child on the spectrum. We’d love to be invited back to the UN General Assembly. And, lending our voices collectively to Stand Up For Cancer. Any cause you stand for is a beautiful thing. We want to leave our mark musically.

Naturally 7 is currently on tour around the U.S. promoting their seventh studio album “Both Sides Now”/a> (BMG). Definitely, catch them live at one of their concert dates in America or over the next few months overseas.

From June through December you can see Naturally 7 in festivals and venues throughout Germany and other countries. For full tour dates visit /www.naturallyseven.com/events/

Roger Thomas and vocal play group Naturally 7 have already Socially Sparked our lives all over the world. They are exciting to watch and soul soothing to listen to. Keep posted on how they plan to inspire the world to take action next. — Abbe is Socially Sparked! Tweet @sosparkednews & @asparks01 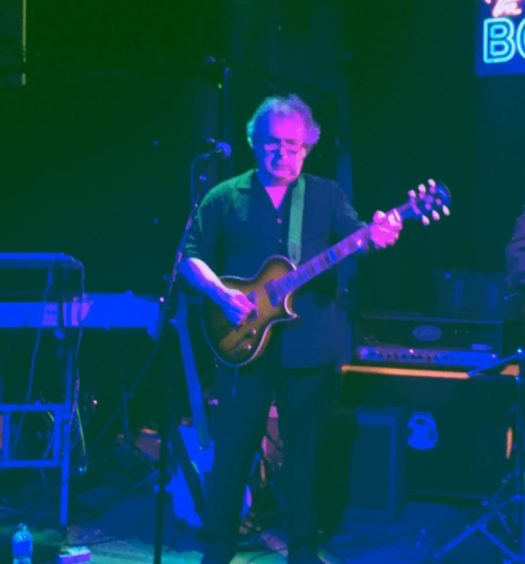 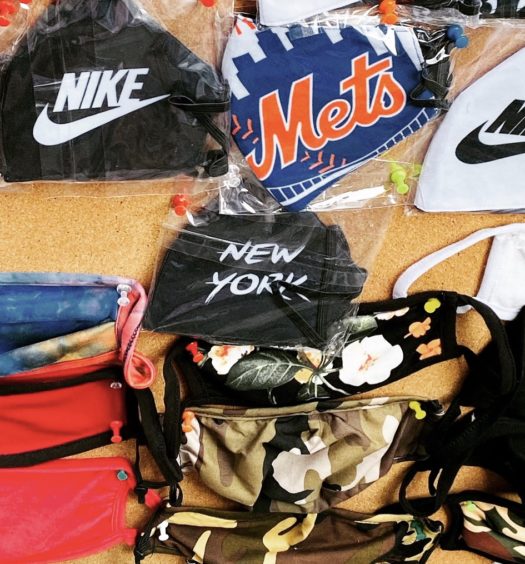 Mask Up Saying is all the Rage: Quote of the Week

Read More
Mask Up Saying is all the Rage: Quote of the Week
Submit a Comment